She joined the Dream Hotel Group in 2014 as director of front office at The Time New York Hotel and was promoted to hotel manager shortly. In 2019, she was appointed general manager at Dream Midtown.

“Leiya’s experience working at both The Time New York and Dream Midtown made her an ideal candidate and perfect fit for the role of complex general manager. We are all very proud of the success Leiya has achieved and will continue to accomplish in her career at Dream Hotel Group,” said Jay Stein, chief executive officer, Dream Hotel Group.

With more than a decade of experience in the hospitality industry, Cohen’s career spas several senior management positions, including key roles at Millennium Premier New York Times Square, formerly known as The Premier, and The London New York City, now known as the Conrad New York Midtown, as well as positions at fine dining restaurants Gordon Ramsay and MEGU. 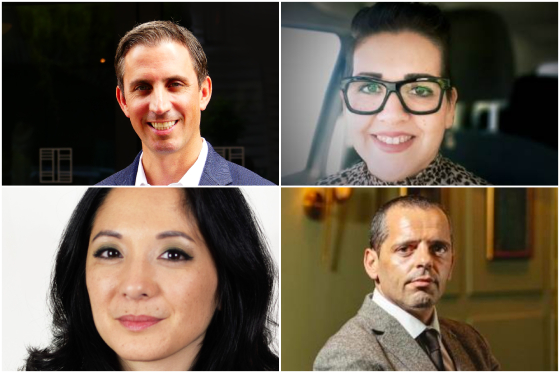 Lake Austin Spa Resort in Austin, Texas, has appointed JoAnn Lenhardt as their new general manager. She brings over 20 years of experience as a hospitality professional to the role. Previously, she served as director of operations at the Fairmont Mission Inn & Spa with Accor Hotels. Prior, to that, she worked with Marriott International for 14 years.

The Palms Turks & Caicos, Turks & Caicos Islands, welcomed Ricardo Carvalho De Matos as the resort’s director of food and beverage. With over 22 years of experience, De Matos oversaw F&B operations for resorts including Six Senses Resort & Spa and the property’s seven outlets as well as its culinary team of 80 members. Prior to that, he was responsible for five outlets as well as room and butler service for Azulik, Hotel Boutique Resort & Spa in Cancun.

Hotel Revival, a JdV by Hyatt hotel in Baltimore, Maryland, announced the hiring of Armand Thelen as its new director of sales and marketing. Thelen has over a decade of experience in the hospitality industry and has spent the last five years serving in sales and marketing leadership roles in the Washington D.C. market for global hotel brands like Hilton, Marriott and Kimpton Hotels & Restaurants.

Mohegan Gaming & Entertainment, developer of integrated entertainment resorts, announced the appointments of Kim Cowan as vice president of talent management and Naketrice Snow as director of corporate employee and guest experience. Before joining Mohegan, Cowan served as the principal for KWConsulting and held the position of vice president, human resources for Prudential Financial for eight years. Most recently, Snow held the role of director of catering and senior event manager for Waldorf Astoria Orlando & Hilton Orlando Bonnet Creek.

Perry Lane Hotel in Savannah, Georgia, announced that Matthew Douzuk has been appointed as general manager, effective August 1. Douzuk joined Perry Lane in 2019, assuming the role of hotel manager. Prior to that, he served as the director rooms division with Chatham Bars Inn resort and Spa.

McKibbon Hospitality, the Tampa, Florida-based hotel and restaurant management company, appointed Brian Mastay as food & beverage director at AC Hotel Charlotte City Center as well as the general manager of Nuvole Rooftop TwentyTwo, its rooftop bar and lounge, with Harley Blaisdell as executive chef for both entities. Mastay most recently served as director of food & beverage for the Godley Group. Blaisdell brings 25 years of experience and most recently, served as chef manager for Dartcor Food Services.

Sandestin Golf and Beach Resort in Miramar Beach, Florida, appointed Bill Liedholm as the resort’s general manager. Liedholm will serve as an ambassador for the resort and oversee the resort’s leadership team and daily operations. Most recently, he was general manager of the Omni Bedford Springs Resort & Spa in Bedford, Pennsylvania.

Omni Boston Hotel at the Seaport in Boston, Massachusetts, welcomed Steve Peterson as executive chef. Peterson will be a vital partner in the opening of the hotel and five of its seven culinary venues and overseeing six chefs. He last worked as the principal owner and operator of Collaborative Kitchen & Culinary Concepts.

Virtuoso, the network of travel agencies, travel advisors and preferred partners in luxury experiences, promoted Karyn McCarthy as vice president, member and partner development, and Misty Belles as vice president, global public relations. McCarthy joined Virtuoso in 2015 as director, product development., and has worked for more than 30 years in the travel industry. Belles has been part of Virtuoso’s team since 1999 and will continue to drive the company’s public relations strategy.

Omni Bedford Springs Resort in Bedford, Pennsylvania, welcomed Dave Nostrand as general manager following his time as director of sales and marketing at the hotel for the past two years. Most recently, he was the director of full-service brand development for Hilton Worldwide headquarters.

Davidson Hospitality Group announced the appointments of Linda Schumann as senior vice president of human resources and Carl Meyers as director of training and organizational development. Schumann has over 20 years of experience in senior leadership roles and has previously served as senior vice president of human resources at OTG Management. Meyers, who has more than a decade of experience, last held tenure at White Lodging Services.