“Wow, this place has atmosphere!”

As interior designers, that is, of course, what you hope people will say about your work. But what it is that actually constitutes “a good atmosphere” is hard to grasp.

Who would have thought that an old airport could be the perfect exhibition space? No, not for a travel fair, but for Qubique, a very stylish new furniture show hosted a couple weeks ago at Berlin’s Tempelhof airport.

For Germany’s capital, this location is an architectural and historical landmark. Although its roots go back to the dark National Socialist era, Berlin Tempelhof has more importantly grown to become a symbol of freedom in Germany. The airport took center stage in the Battle of Berlin and the subsequent Berlin Airlift, in which supplies were flown into the city from 1948 to 1949.

Since its closure in 2008, the terminals have been turned into a venue for different events — last winter the runway was even used by Berlin cross-country skiers!

At Qubique, the former baggage claim areas were turned into catalogue displays. Where travelers used to queue at the ticket counters, hostesses now greeted the visitors. Former shops were transformed into the perfect backdrops for lightning designers. All these quirky adaptations set the scene for an atmospheric little adventure and made the discovery of new styles of furniture that much more enjoyable. 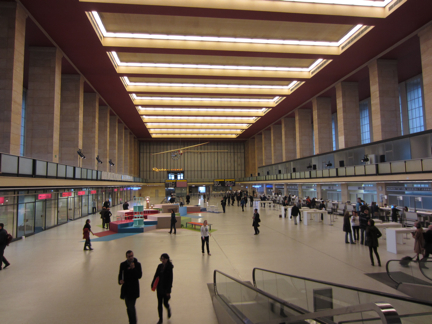 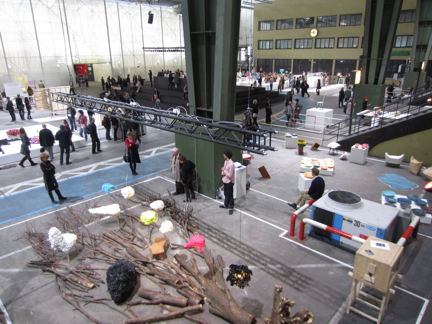 So … nostalgia + historical industrial surroundings = good atmosphere? This may not always be a foolproof recipe, but in this case, it surely made people want to come back for more!