Trimming too much fat

Trimming too much fat

Many of you probably belong to a fitness facility and have plans to use it more often come January 1, 2012. There are probably certain aspects of your gym that you love and others that could be improved upon. In my neighborhood, I received a tour of a fairly new gym that enticed me by listing its unique services on its website. Of the amenities it offered, two in particular stood out: complimentary towels and bottled water. During the walk around the facility I noticed this and had the chance to take this picture: 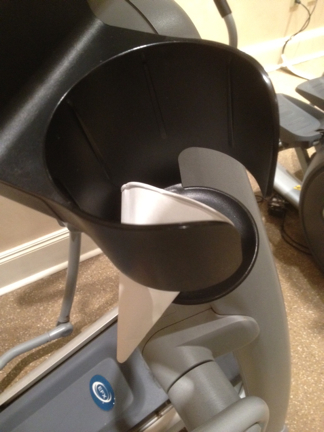 When I asked about the free bottled water, they apologized and said they needed to update the website, as they needed to eliminate this service in order to keep costs contained. They also mentioned that it allowed them to retain their reasonable membership fees. The employee continued to mention that they now provided cups and filtered water via a water cooler. Can you tell from the photo where they went wrong?

While they thought they were saving money, the cups that they provided were cone-shaped, which did not fit into the cup holders on any of the machines. This would create more cone cups being used instead of a single, flat-bottomed cup that could be refilled.

Most customers realize when certain cuts need to be made, but is it possible to consider those that can save money while impacting guests minimally? Does a newspaper need to be delivered to each and every door, for example, or can a selection of them be provided at each elevator landing?
What has your organization done to control costs while still providing excellent service?