The Muppets, Penn State and your brand

The Muppets, Penn State and your brand

Over the Thanksgiving break, the new Muppets movie scored more than US$40 million in ticket sales. Kermit, Miss Piggy and their other furry friends all represent family fun and wholesomeness.

Penn State, in the past, represented hardworking, roll-up-your-sleeves, middle-class individuals — an institution where one could obtain a great education in a safe, remote portion of central Pennsylvania called “Happy Valley.”

In order to promote the new movie, the Muppets received airtime on Sirius Satellite Radio. In flipping through the stations, I heard a voice my kids recognized to be Gonzo. A radio DJ was interviewing him and apparently was beginning to run out of questions. When asked about his favorite type of music, Gonzo replied that he loved Eminem. For the next three minutes, the performer behind Gonzo slipped into one of Eminem’s raps and proudly repeated verse after verse of  his lyrics on the “uncensored hip-hop channel.” 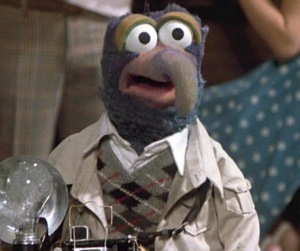 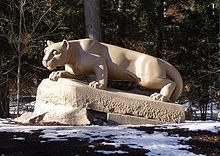 As a graduate of Penn State, I often receive email notifications about items pertaining to the school. Just in time for the holidays, I received an e-mail promoting PSU logo items for sale. Normally I would’ve jumped on the opportunity to buy a new t-shirt with the Nittany Lion symbol, but with all of the recent negative press, I declined. Many of my alumni friends are hesitant to wear Penn State apparel for fear it will bring up conversations they don’t want to have.

What are you doing to not only create your brand, but also protect it? What is your brand? What do you stand for? How do people perceive you?

For my kids, Gonzo no longer has the allure that he once had, as the voice behind the character let his ego get in the way of his desire to show his rapping skills. After the first verse, it was no longer Gonzo, but the actor playing Gonzo. What will be the defining moment in which you might be given an opportunity to exploit your brand and your identity, and will it be worth it?

They say time heals all wounds. For me, I’m waiting for the clock to tick quicker so I can be Penn State proud again.