Steps. Stairs. Escalators. Who would have thought these spaces would command a new flurry of attention? The staircase fetish will widen your smile with every step, trending high as an advertising hot spot or all-around great location for those with a creative paint brush. But just how, where and why has this trend evolved?

Hong Kong, due to its notoriously nightmarish traffic issues, is a pioneer in cultural “step-messaging,” viewing the average 20-second escalator ride as a prime consumer moment. Las Vegas also has a love affair with steps and staircases as an effective messaging platform, with corporations such as Nationwide Insurance taking full advantage of the captive stair-stepping audience. A huge set of stairs was literally converted into a walking billboard at the end of Fashion Show Drive near The Strip.

Using steps for advertising is one segment of this growing trend. Retailers such as Ikea — practically synonymous with organization — are using stairways to depict neatly stacked clothing and linens in drawers.

Coca-Cola engaged in a fascinating joint campaign with McDonalds. Regular full-calorie Coke was advertised to people who took the stairway while those who opted for the lower-calorie-burning opportunity of the escalator viewed ads for Diet Coke! 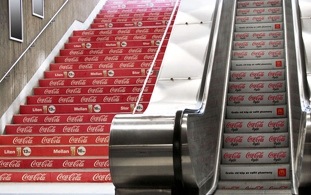 The Greenville Literary Association in South Carolina themed two stairways to support two local PR drives, having a flight of stairs resemble a stack of books to promote a book donation drive and turning a set of stairs into an eye-catching stack of suitcases, inspiring passerby to “pack your bags” for South Carolina. 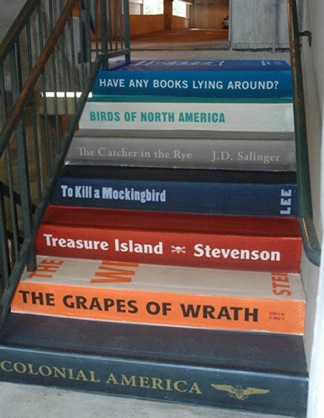 F&B departments can also jump on the step trend bandwagon. Washington, D.C.-based Pizza Kingdom cleverly used an escalator to demonstrate “extra cheese” as the cheese stretched from step to step. It worked: Revenue increased by 53% within a month! 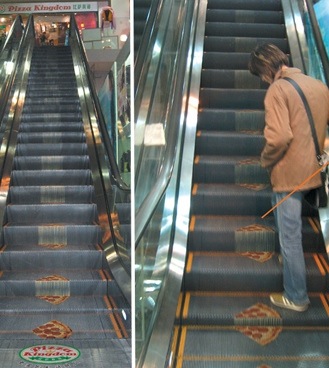 Messaging is only one spoke on this trend wheel, as artists and even homeowners come up with their own spinoffs. At my home, I embedded stainless steel letters into the top concrete step at my front door greeting visitors with a capitalized “hello” as they arrive and “goodbye” for when they depart.

Technicolor steps (by John Jones) and piano keys painted onto an old outdoor staircase are other examples of how one might take steps towards incorporating this creative trend. 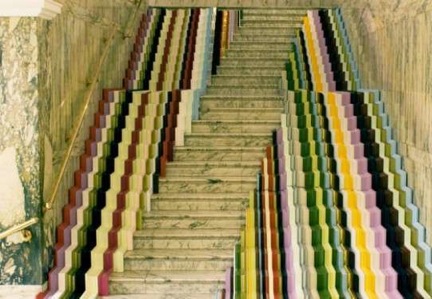