When I think of journalists in the travel and hospitality space who have embraced social media platforms (and thrived there), one of the first names that comes to mind is Christopher Elliott. A prolific writer and blogger, Christopher Elliott is a journalist and consumer advocate. 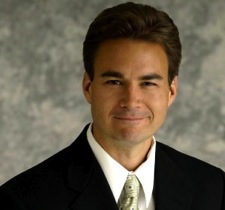 He is National Geographic Traveler’s reader advocate and a nationally syndicated columnist through Tribune Media Services, which distributes his columns to publications from the San Francisco Chronicle to the Chicago Tribune. He also writes a column for the Washington Post’s travel section and has provided travel columns for ABCNews.com, CBS Interactive, CNN.com, the New York Times and USAToday.com. His essays have appeared on nearly every major U.S. newspaper’s op-ed page and he has been featured as a travel expert on NBC Nightly News, ABC World News Tonight and CBS TV.

Chris has nearly 25,000 followers on Twitter, more than 3,000 fans of his Facebook page and hosts the popular “Elliott Blog.” (Okay, so he’s good at “personal branding” too.)

I caught up with Christopher recently and asked him a few brief questions about social media and the hotel industry:

Is there anything that you wish you saw more hotels doing with social media?

I’d like to see more transparency from hotels — hosting user-generated reviews on their sites, having executives blog about recent management decisions that could affect guests — in short, communicating directly with their customers. I think there’s still very little of that going on.

Are there any specific hotels or hotel brands whose social media outreach you particularly admire?

Marriott comes to mind as one of the most proactive hotel chains when it comes to social media. They are very early adopters.

What advice for areas of focus or best practices might you offer to a hotel or brand in the early stages of its social media program?

What I like about Marriott’s approach, and this is something I think others can emulate, is that it’s flexible. Like social media itself, Marriott’s strategy is constantly changing and adapting to accommodate its guests.

I took a look back at the Marriott corporate website after speaking with Christopher, and sure enough, a brand new blog post from Bill Marriott was prominently featured on the page. There was also a section touting the company’s new mobile reservations app. Mr. Marriott’s blog was also front and center on the brand’s Facebook page (35,000 likes).

While not every independent hotel or smaller hotel brand is ready to roll out a new mobile reservations app, all are capable of increasing the direct interaction between their guests and the executive team via a blog. Only appropriate in this blog, then — having just interviewed a journalist who’s a popular blogger himself — to suggest: Get your CEO or a senior company executive blogging! There are some best practices for this, of course. More on that in a future, well … blog post.