Just as traveling to China was a completely new experience for me, during my trip I had the chance to enjoy some dining experiences very much on the cutting edge of the hotel F&B world.

F&B is a defining element of Kerry Hotel Pudong, Shanghai, a new-build property that opened in February 2011 as the first hotel under Shangri-La Hotels and Resorts’ new Kerry brand, and much of what the hotel is doing in this area is unique not only to the hospitality industry, but to the entire Shanghai dining scene and even what is commonplace in much of the world.

One of the highlights for me was lunch at The Cook, the property’s main a la carte restaurant that features live show kitchens, a gourmet deli, a wine- and cheese-tasting room, a high-end coffee bar and more. Before eating anything, just wandering around the space was entertaining for me. 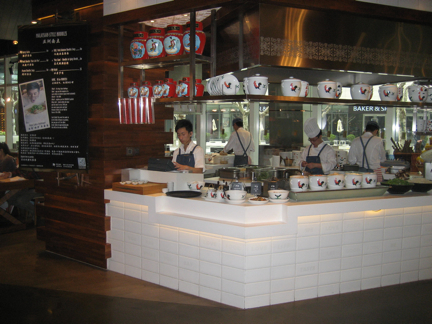 Honestly, I found deciding what to eat a little overwhelming, but finally ended up taking quite a global culinary journey. From a station offering Malaysian-style noodles, I had curry laksa — a first for me that I liked a lot. 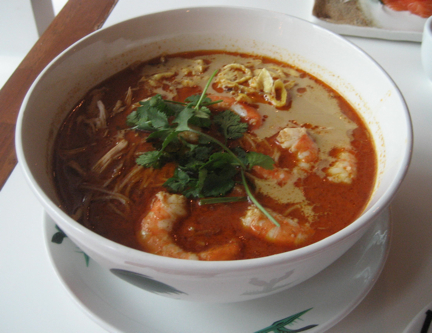 Barbecued goose was a bit rich for my tastes, but luckily there was also gorgeous sashimi to help cleanse my palate. 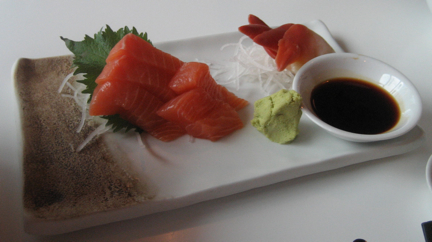 Speaking of palate cleansing, later that same day I visited one of Kerry Hotel Pudong, Shanghai’s most distinctive F&B outlets: The Brew. The hotel’s in-house brewery, The Brew crafts and serves six signature beers and a hard cider. The brewing area is even essentially part of the dining space, and the hotel offers regular tours. 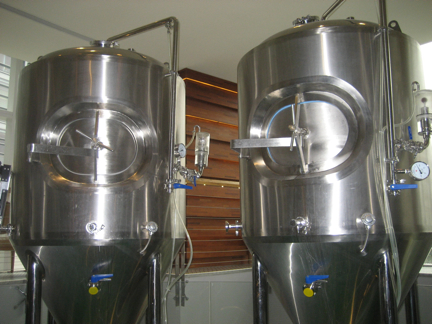 After telling me a bit about the brewing process, resident brewmaster Leon Mickelson guided me through a tasting. (I do have a tough job sometimes, but I try to power through it!)

All of the varieties were delicious — even styles I don’t normally like, such as the IPA and stout — but my favorite was the refreshing White Ant (third from the left in the photo above), brewed with coriander seeds and orange peel.

There’s no question China is one of the hottest new frontiers for hotels today, so it was exciting for me to discover that the market offers some groundbreaking F&B to match.