Last weekend 25 team members from our office took a short trip to Copenhagen and stayed at the Hotel FOX, a property developed several years ago by Volkswagen when they launched their new little car called “Fox.”

I’d already seen it a few years back when a group of Danish suppliers invited us to tour the hotel. With public areas and guestrooms individually designed by different artists, it was a hip, young hotel, and the suppliers of the carpet, fabric and furniture that took us there were very proud. So having enjoyed myself there in the past, I thought that by introducing my colleagues to the hotel they too would find its dynamic design inspiring.

But I forgot one important aspect: We have become older — both the hotel and me!

My wife and I stayed in the guestroom entitled “Sleep Season.” As a person who has passed the age of 50, I soon realized that sleeping on the floor under a tent, with no easy chair — not even a normal chair — in the room makes for a rather uncomfortable environment. 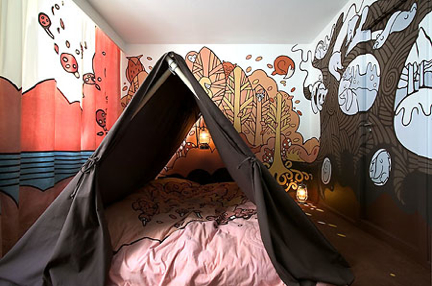 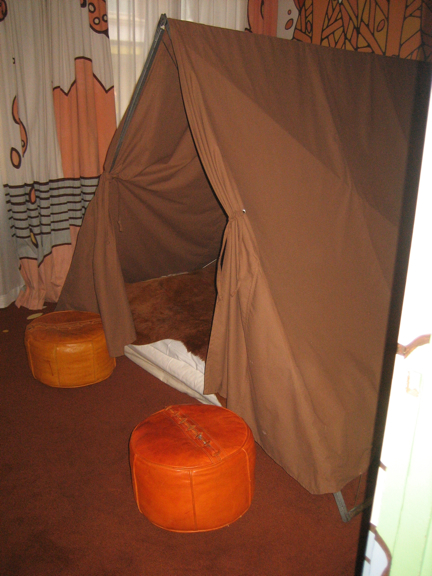 My photo of the room

The concept seemed fun — placing a tent inside the guestroom and fitting it out with a couple old mine lamps to cast a bit of light — but there is practically no other furniture other than the mattress on the floor. As we were huddled under the tent we couldn’t stop thinking about how we were only inches from the carpet, which might have not been totally clean. The dark enclosure was cramped, and my nose touched the sides of the tent — which had been touched already by hundreds of other peoples’ noses — and yet again, we were not entirely convinced that the fabric would have been cleaned every time a guest checks out.

And when changing into my pajamas, I desperately looked in vain for a chair upon which to place my shirt, socks and trousers. And since of course there was no luggage rack either, bending down to the floor to get things out of the suitcase was already a bit exhausting for someone who has acquired a certain age and maybe a few too many grams of weight. 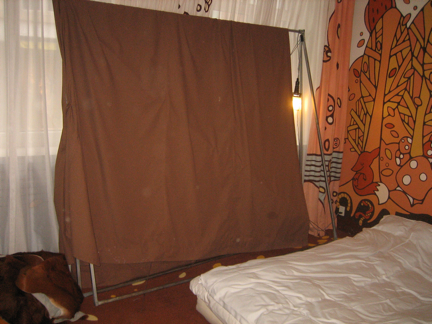 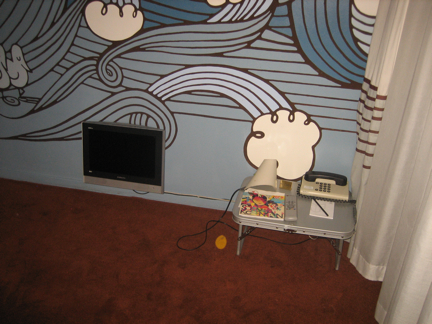 So after my wife and I set the folded-up tent to one side and while she was in the bathroom readying for bed, I found myself sitting on the mattress and thinking about my lost youth when camping was a big adventure, how cozy a tent felt as a child — and how sizzling it was in my younger days when shared with a girlfriend.

I have become old!