If you’ve watched any television over the past three weeks, you have certainly heard of the phenomenon that is “Lin-sanity.” This refers to New York Knicks point guard Jeremy Lin, who has been able to accomplish some amazing feats since coming off the bench for the team. 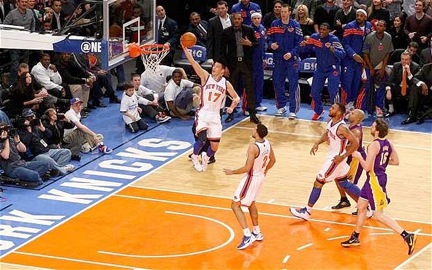 Everyone is trying to understand how a relatively unknown player that was almost cut from the squad can score 136 points in his first five games (breaking a record that stood since 1976).

Here are the life lessons I have learned from his achievements:

As 2012 is just getting into full swing, are you thinking about how you are going to make your numbers and achieve your goals, or are you complaining that your goals just got increased again? By thinking positively, working smart and identifying the items required for success, you will be able to move mountains and break records!