Have you popped the question?

I was recently invited to the opening of A Temporary Offering at the Renoir Hotel in San Francisco. This hotel was recently acquired by The Kor Group and has created a pop-up concept with plans to bring life back to the Mid-Market neighborhood. The exciting new venture will create an urban destination by pulling together three venues: a restaurant featuring A-list, up-and-coming chefs; a bar; and an art gallery. 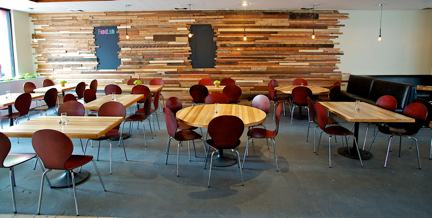 What was so fascinating about the project is that this pop-up concept will utilize the unused F&B spaces in the hotel. The excitement that the outdated hotel will garner while it goes through the renovation is a smart move. It’s one of the first times I’ve seen a hotel take something that is not a selling point and put it front and center to create buzz.

It got me thinking, when the last time you popped the question and asked, what is the space that isn’t making money, and how can I turn that around?