This week’s trend involves entertainment and a sense of green — a.k.a., upcycling.

As you read this, I invite you to think about your own level of originality and whether you’ve followed the path I feel has happened in Hollywood. In other words, are you thinking outside the box with fresh, innovative creations, or are you stuck in the reboot mode? Having a mix of both is crucial — in fact, both professionally and personally, my mantra is just a hint of a classic with pops of something fresh and forward.

With summer on the horizon, many of us have movies on the mind, but how many of these films will actually be new? Born and raised in L.A., I know Hollywood loves its remakes, and there currently are a number of remakes in development.

Don’t get me wrong — if a film has recognition beyond itself, I completely “get” the attempt of generating more dollars on the opening weekend. I also get that it’s obviously less expensive and risky to avoid original ideas. But shedding new light into a dormant franchise is happening like gangbusters, forcing many of us to rewind back to the days when big-screen movies weren’t based on “something else.”

This trend makes me wonder if technology has become so advanced that it’s stripping away the creativity needed to write an original classic? And what about the abundance of sequels and “part fives” of movies made 20 years ago, or the habit of using a TV show for a movie’s premise, yet the plot has no similarity? And even after the mixed ratings from the cult classic “Clue,” I found it bizarre when word got out that Universal is looking to bring board games to life. Yes, think Monopoly and Ouija. In fact, the announcement made me start thinking of some novels that would convert nicely to the big screen!

Yes, I am feeling the drought of originality in the industry known as Hollywood, but I may not have if the balance of old and new was closer to the center. With the steep ticket prices, I am happy to report that on the flip side of the green screen trend, something remarkably refreshing is occurring. Have you noticed the remake of theater interiors taking place? I’m seeing a quicker check-in process. Updated lobbies. New food and beverage offerings, including wine. And, cushioned seats that recline and periodically include their own sound system. 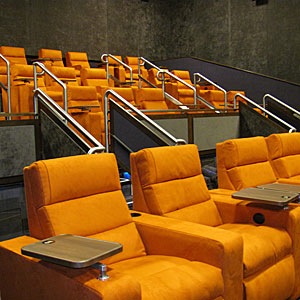 This local movie theater “newness” actually takes me to the edge of my seat and makes me wonder where the theater owners originally captured their renovation ideas, as they are very close to the heart!

I’ll leave you with a random selection of remakes/reboots currently in the works:

“American Pie”: Universal is looking to reboot the franchise, picking up the story of the key characters 10 years later.

“Arthur”: After many false starts, “Arthur” is finally moving ahead with Jason Winner of “Modern Family” directing, and rumor has it Russell Brand will be stepping into the Dudley Moore role.

“The Best Little Whorehouse in Texas”: Musicals have once more turned into box-office gold, so it’s no wonder Universal has hired writers from “Legally Blonde” to pen the remake, with a Dolly Parton cameo surely a given.

“The Birds”: Although there isn’t a confirmed start date for Alfred Hitchcock’s “The Birds,” Naomi Watts has been linked with the film, and the screenplay is ready.

“Gilligan’s Island”: Warner Brothers is under active development of this big-screen remake.

“National Lampoon’s Vacation”: New Line is looking to bring the franchise back to life and is working on a sequel that brings Chevy Chase back, but in a grandfather role.

“Spider-Man”: Many are aware that Sony abandoned its plans to make a costly “Spider-Man 4” with director Sam Raimi in favor of a rebooted franchise with Marc Webb of “(500) Days of Summer” in charge. (Do you agree the modest US$80 million budget probably helped sway the decision?!)