If you were a child growing up during the 1980s, you may remember celebrating holidays and birthdays with large quantities of gifts. For Christmas, my mother would wrap containers of peanuts, toothpaste, mouthwash and socks — anything that would help create the illusion of lots of loot under the tree come December 25. Thrown into the mix would be the occasional “boom box” or the highly sought after Mattel electronic football game. 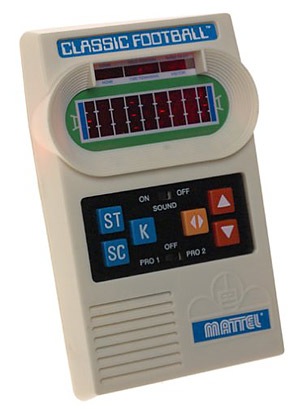 Parents during that bygone era might have been able to get away with a relatively inexpensive holiday (especially given the propensity to wrap grocery items).

These days, a newly released Wii game costs at least US$49. Four games later, you’re into the spirit an easy US$200, while the packaging amounts to barely two inches stacked under the tree.

Are the holidays about quantity or quality, things or memories, food or friends? Last weekend, I watched the movie “Morning Glory,” a romantic comedy starring Rachel McAdams, Harrison Ford and Diane Keaton (not all romantically linked) in which the character played by McAdams works as a TV producer for a morning television program. The morning show contains many dysfunctional characters and is struggling to stay on the air. (SPOILER ALERT: She eventually turns down a pristine job on the “Today” show to remain with her hard-working colleagues and friends, where she finds happiness.)

In our industry, we all work hard. Take the time to celebrate your successes with your teammates. While the quantity of time may not be as abundant as wrapped toiletry items, enjoy the quality of every moment spent with family and friends.
May your 2012 be filled with double-digit RevPAR gains, quality experiences and happiness.