When I first started as chief editor of HOTELS some 18 years ago, one of the first hoteliers I interacted with was Hans Willimann, then general manager of the Four Seasons in Chicago. The charismatic Willimann ran the award-winning hotel for 20 years and was a fixture on the Chicago hospitality and social scene. 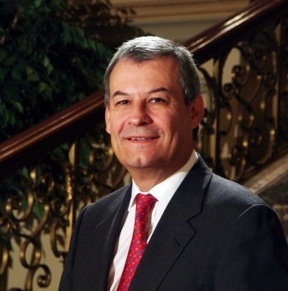 He was always immaculately dressed, gracious with guests and writers like me, had diverse interests, spoke multiple languages and projected as a Lausanne-trained hotelier who ran his hotel with a bit of an old-school approach. Every detail mattered, and either earned his delight or scorn. He was known as a demanding manager, but was considered by his peers as at the top of his game. From my perspective, he ran his hotels with his heart more than anything else.

We talked and gossiped about motorcycle riding, skiing and, of course, the fine art of luxury hotelkeeping. In fact, it was about 20 years ago when Hans penned an article for HOTELS about the day-to-day life of an hotelier, and he even created his own self-portrait to illustrate the story.

When I saw Hans at various events, I always looked at him as the consummate hotelier. He was always ?on,? always aware of everything happening in the room, and always striving for as close to perfection as one could come.

Yesterday, news came from Colorado, where Hans moved to his dream location a few years back to open the Four Seasons in Vail, that he was announcing his retirement at the end of April. Hoteliers like Hans, I hate to say, are a dying breed.

Call me old-fashioned, but I like the idea that old-school hotelkeeping ? where obsessing about every detail, picking up little scraps of paper from the floor, teaching at every step, being visible in the lobby and around the community ? can still matter. In some cases, it still does matter, but the business has changed, and GMs have different responsibilities that require their attention focus elsewhere. That is not a good thing for the guests or the reputation of the hotel, but a reality nonetheless.

While costly, perhaps hotels need to hire a number two who focuses on the finances, the needs of the owners and managing yield, leaving GMs like Hans do what they do best ? actually run the hotel in a more traditional manner. I think everyone benefits at the end of the day.

Hans is going to stay in Vail and enjoy the mountains, nature and his family, and I am sure stay involved in the local hospitality scene. I doubt he could let go so easily, as it is in his blood. In fact, he joked with me yesterday, saying at his home even the rocks outside have fringe, and that he can?t walk past them without straightening them.

He said he has gotten everything he wanted out of his career ? mostly on his terms, I think. More than anything, not surprisingly, he says he will miss the guests and his team the most.

For Hans, it has always been about the emotion of hotelkeeping. For me, knowing that Hans is no longer running a hotel makes me sad.