They say you cannot fight about good taste. You either have a sense of style or you don’t.

It’s the same with good hotel design: only if you understand the difference between visual trickery and truly creating magic will you be able to do it flawlessly. Because in order to create an outstanding property, you not only have to be familiar with guests’ needs and wishes but also how to fulfil these in a stylish, “enchanting” way. A hotel’s interior design should reflect the qualities and emotions intended by its underlying concept. And it’s not always the so-called “design hotels” that shine in this sense. A very successful example might not stand out at first glance, and will instead make an understated impression that lingers in the mind to intuitively inspire new design trends.

So what are the secrets to designing top hotels?

For guests, the most important features in a bedroom are the bed, the television and the bathroom. Fashionable but complicated technical gimmicks are not usually a priority — however, an air-conditioning system that is easy to use is vital. And the most essential aspect of the light switches is that they are placed exactly where guests will intuitively reach for them — even in the dark.

Each hotel guest is different, of course, which is why developing a good design concept is sometimes equivalent to trying to square the circle. Themed hotels are still en vogue — Karim Rashid’s Berlin masterpiece, the nhow, is one even hospitality designers recognize as outstanding. 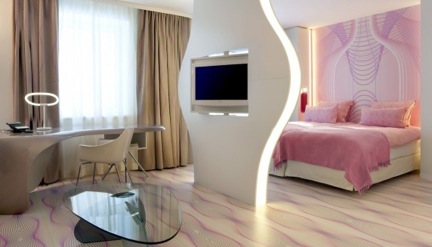 Futuristic bubble-gum worlds are channelling the current “zeitgeist” of the hip music and media scene into hotels. Computer graphics are literally turned into wallpaper and floor coverings, furniture is made from plastic and traditional habits as well as design guidelines have been, quite simply, thrown overboard. Even if this concept may not be a hit with the mass market, it is loved by the avant-garde crowds who will “fill the beds” over the next couple of years — or as long as this style remains “trendy.”

Successful hotel concepts don’t require an “off-the-peg,” ready-made theme — they simply need character. Although some might argue that the recently opened Kameha Grand in Bonn, Germany, is a little over-the-top with décor such as blood-red corridors, it cannot be denied that Dutch designer Marcel Wanders has crafted something with a contemporary and hip personality, demonstrating a primary ingredient in good design: the ability to start a conversation. Design must be able to stir people and make them react in some way — whether they gasp in astonishment or shake their head in disbelief. 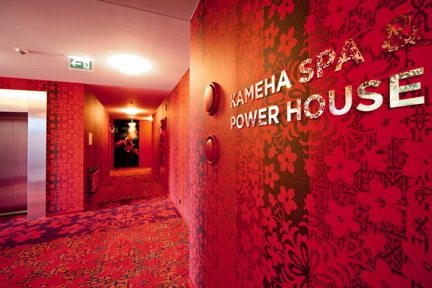 Together with Carsten Rath, the “rock star amongst grand hoteliers” and founder of the Kameha Hotel Group, Wanders is currently planning a spectacular 66-foot (20-meter) (!) waterfall for a luxury Majorcan holiday resort.

Various big fashion labels have also discovered the marketing power of combining their brands’ styles with hotel design — although not all “marriages” have been success stories. Kurt Ritter, head of the vastly expanding Rezidor group, tried creating a new era of fashion hotels with Cerratti, which unfortunately did not work out too well. Nevertheless, a couple of years later its cooperation with Missoni turned out to be a big success. Giorgio Armani is currently climbing high through his cooperation with Emaar Hospitality to design a hotel in the world’s tallest building, the already iconic Burj Khalifa in Dubai.

Versace is glittering with an overloaded baroque concept on the Australian Gold Coast; Bulgari, Gucci and LVMH (“Cheval Blanc”) are expected to enter this field with their own projects as well.

Naturally, each of these hotels must prove for itself whether or not the fashion and hospitality worlds can weave magic together — but on the other hand, if you always follow the same path you cannot discover new land. Certainly a building’s architecture must merge with its interior design to create a sparkle. Philippe Starck has won praise with his delicate renovation of the historically challenging Le Meurice in Paris (one of those discreet hotel jewels) without destroying its original flair. He is as much a master at “refreshing” historic hotels as he is at inventing futuristic design, as proved with his concept for yoo’s residential properties. 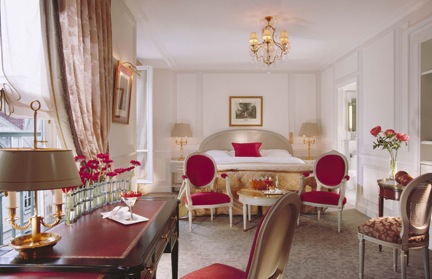 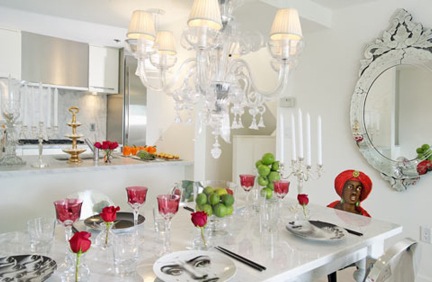 Another approach for creating hotel concepts without any big design doctrine is quite simply to stay authentic. We recently designed Fährhaus a new boutique hotel on the German island of Sylt, a cherished celebrity hideaway in the North Sea. The unspoiled landscape of the stunning shoreline is intertwined with the concept of its rooms to create the magic in this hotel. Sandy beige and warm brown hues mix with elegant materials to serve as a reminder of the beach and make guests feel right at home as soon as they enter the comfortable space. Clever bits of wizardry are only discovered upon second glance; for example, an unusual mini-bar tower in which a small swing door perfectly hides an espresso maker. 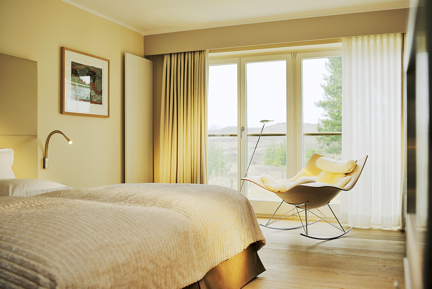 It is really nice to see that the hospitality industry has become the “spearhead” of design. “Magicians” such as Karim Rashid and Marcel Wanders are playfully stretching the borders of what is possible and accepted. Moreover, hotel design has proven that it can successfully serve two masters, with creative ideas and individual trends on one side, and functionality and budgets on the other — all the while managing to create a feel-good atmosphere in which guests will want to be charmed by again and again. However, the most important principle when designing a top hotel never changes: Its success will always be determined by its guests!