Thanks to the uncertainty of when a full economic recovery will happen, I can personally testify that it’s not a matter of if, but rather, when hotels will commit to a full property renovation. Unlike many in the design world who are waiting patiently for those renovation calls, as a VP of business and product development, I knock on wood daily for the inquiries I receive about new product needs. Although most needs are for items and products, more often than not, the small improvement projects are allowing properties to buy time and preserve budgets before the bigger trigger is pulled on massive, basement-to penthouse renovation projects.

Consequently, most product hunts are end up in the design and development incubator. And due to the sensitivity surrounding how much is allocated for these one-offs, if production does occur, 90% of the goods require overseas production.

Last week, I wrote about the “new and improved China trend.” As China continues to improve its innovation capabilities, major boosts to global partnerships are occurring, which leaves little doubt about a ripple effect being felt worldwide very soon. I shared examples of several global and powerful brands that have partnered with Chinese ventures, and this week I’ll take the trend full circle and examine the rapid growth of Chinese-based innovations. Although these have not transcended into global partnerships, the products and services being conceived are trending forward with a new and improved mindset for goods made in China.

Initially accused of being “gimmicky,” the China Post embarked on a novelty service enabling individuals to sends letters from space! An initiative devised to drum up more business as more Chinese go online, it features a Chinese astronaut at the helm of the effort. Users send an email that is received by a Chinese spacecraft orbiting the earth. It is then rerouted to a China-Space Post Office branch in Beijing where the emails are printed, placed in space-themed envelopes, postmarked with a galactic “Space City 1” postmark and sent via mail. The novel postal space concept may roll a few eyes, but take note, as it literally boosted business for the China Post. 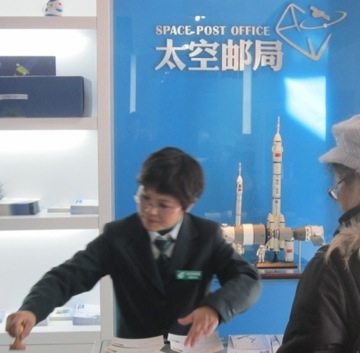 In early 2012, the Huawei Co. launched the Ascend D Quad, billed as the world’s fastest smartphone, and ironically, around the same time, China Unicom unveiled the MI-ONE, a smartphone costing less than half what comparable models from Apple and Samsung usually cost.

To prove its manufacturing and speed capabilities in construction, at the end of 2011, the Broad Group Firm built a 30-story sustainable hotel in China’s Hunan Province in just 15 days! It soon became an Internet sensation.

China Railways Group created the world’s longest high-speed rail network with more than 4,350 mi (7,000 km) of routes in China. Appropriately labeled the Beijing-Shanghai Harmony Express, business class travelers are waited on by uniformed stewardesses and can enjoy LCD TVs while comfortably seated in beds. Reaching speeds of 200 mph (322 kmh), it’s now tabbed as the fastest thing on land with a “made in China” origin. 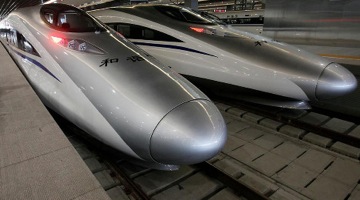 Pinterest, the pin board-style website phenomenon, was obviously the inspiration behind the April 2012 launch of Buykee. However, the Chinese version differentiated itself from its predecessor in a simple yet brilliant manner — by focusing exclusively on luxury products and offering users the ability to buy what they see! 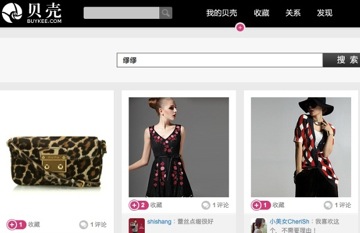 These examples only scratch the surface of what’s occurring innovatively in China, since ultimately, sourcing and production affects each and every one of us in hospitality. I hope these examples have shed some light on the newer and realistic picture of what this sourcing country is up to.