There’s a pretty young staff in our office, and when we sit around our conference table to talk about the operations, service, food quality and menu content at the restaurants we design and operate, I am amazed that they are using many of the same words that I use to describe their experience. I’ve been noticing that the scruffy-beards, shirt-tails-untucked-with-sport-coats, gastropubs-versus-restaurants generation has many of the same observations I have when I visit a restaurant or bar. And when I sit around our conference table and listen to my employees talk about service, I realize that despite the generational gap, they are looking for the same things that I am. We want to be related to as an independent human being, not a number being serviced. We want tasty food that equals the expectation we had from reading the menu. We like to experiment with new combinations, and so that we can try more of the menu, we like to share with our dining partners rather than ordering a single dish for ourselves.
In spite of today’s similarities in experiences across generations, there is a generational shift in both the types of restaurants and the level of importance we place upon a dining experience. This shift has resulted in the growing popularity of gastropubs, small plates and cultural cuisines like Peruvian, Thai, Moroccan and others. It’s not just the economy driving these concepts; it’s also how people are living in today’s world. Guess what? We are working more, and working more productively, but not making a whole lot more money. Not to mention, there are generally two incomes per family now, not just one. 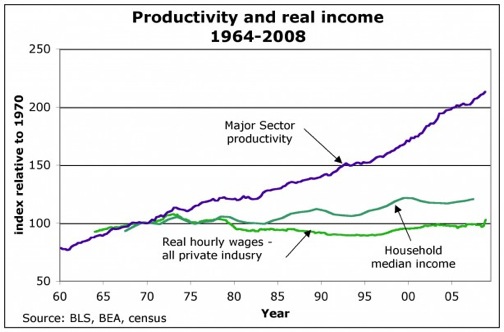 People are also getting married later and having kids later. According to the U.S. Census Bureau, “The median age for a man’s first marriage was 28.2 years in 2010, up from 26.1 in 1990. The median age for a woman’s first marriage was 26.1 years in 2010, up from 23.9 in 1990.” Fourteen percent of babies are born now to women age 35 and older, according to the National Center for Health Statistics — a 64% jump from 1990 to 2008. This means adults are extending their youth, and more mothers today will have and want to continue careers, or at least not be totally satisfied with staying at home. We all know that having kids often decreases your ability to go out to eat as frequently, and when you look around a crowded restaurant, you’re more than likely going to see a majority of 25- to 35-year-olds. It’s no wonder, then, that this demographic often dictates what is successful and what is not when it comes to restaurants and bars.

When I was the age of most of my employees, dining out was a much less frequent or “special” occasion rather than another common form of entertainment, as it is today. Today, it is not that much more expensive to go out to grab something inexpensive or small to eat than it is to cook at home, and much more often we are merging a pleasure with a need. Add in more interest in wines and cocktails over recent years, and it shouldn’t surprise anyone that eating out as recreation is increasing. It’s like going out to a movie or to see a show, but if you think about it, you’ve probably gone out to eat more times in the past six months than you’ve gone to see a movie or enjoyed another form of entertainment. Furthermore, what you spend on a movie, popcorn and a drink is probably more expensive than many of the meals you’ve eaten out. Neither of these cases would have been the norm 20 years ago.